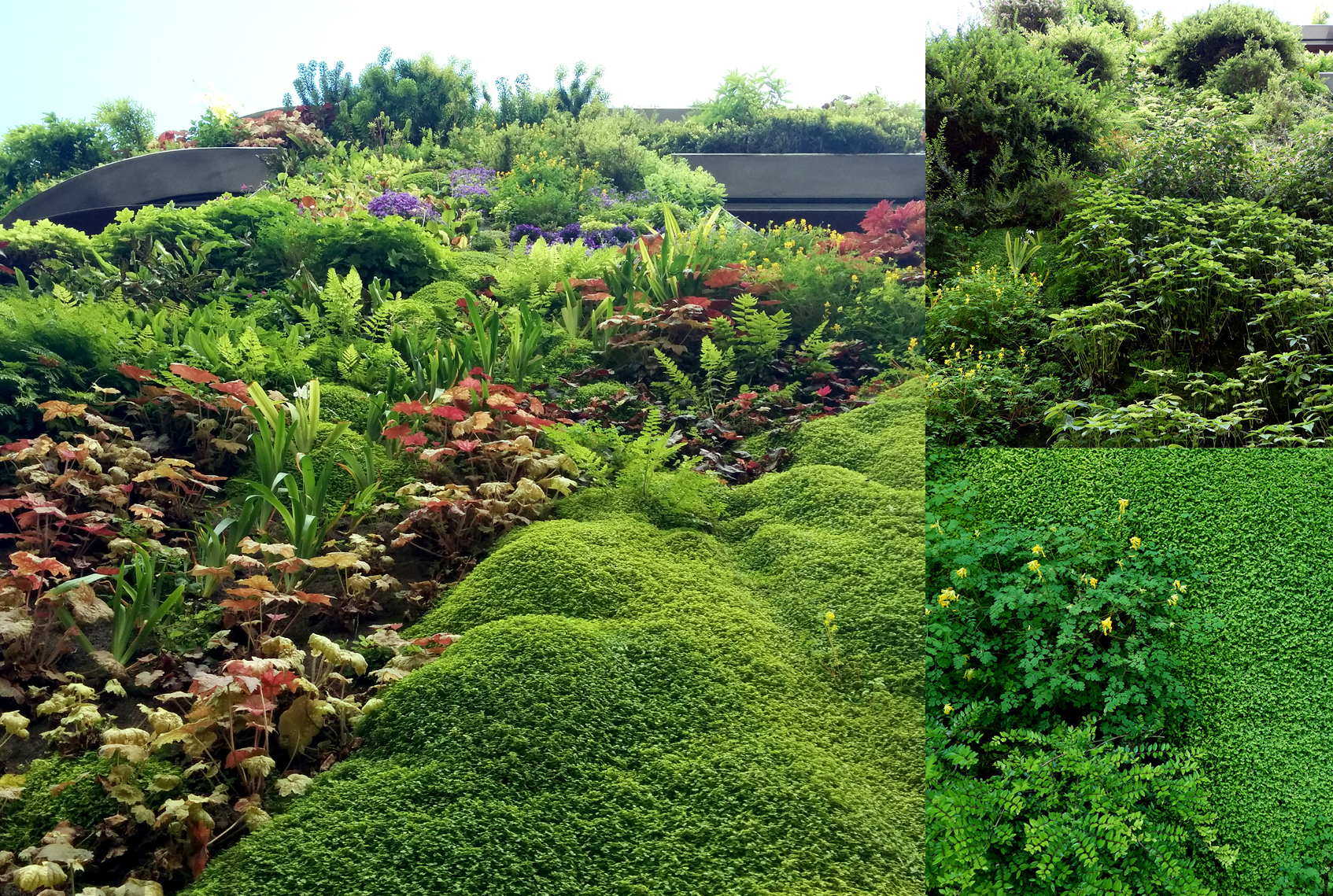 The vertical garden at the Musée du Quai Branly, Paris by Patrick Blanc. The garden, a living wall of greenery, covers 800 square meters of the facades of the museum and 150 square meters of the interior walls. A total of 15,000 plants from 150 species throughout the world. Wallflowers, ferns, fuchsias, irises, heuchera and willows growing like a mossy carpet on the surface of rock creating a living tapestry.

Patrick Blanc, the inventor of the vertical garden, or mur végétal (“vegetal wall”), as he calls it, travels the world creating walls of living plants. In the 1970s, as a botany student researching tropical rain forest plants, he realized that many of them need no soil and can grow virtually on any surface as long as they have water. It seems a simple enough idea, but Blanc’s eco-friendly green wall was a breakthrough in the world of garden design. He made his first public one in 1988 but only hit his stride — and became the talk of Paris, his hometown — with the vertical garden he designed in 2006 for the Musée du Quai Branly. —Jane Garmey, T magazine, April 7, 2010

Source: Musée du Quai Branly
Article: All His Rooms Are Living Rooms and Patrick Blanc, the Master of the Vertical Garden