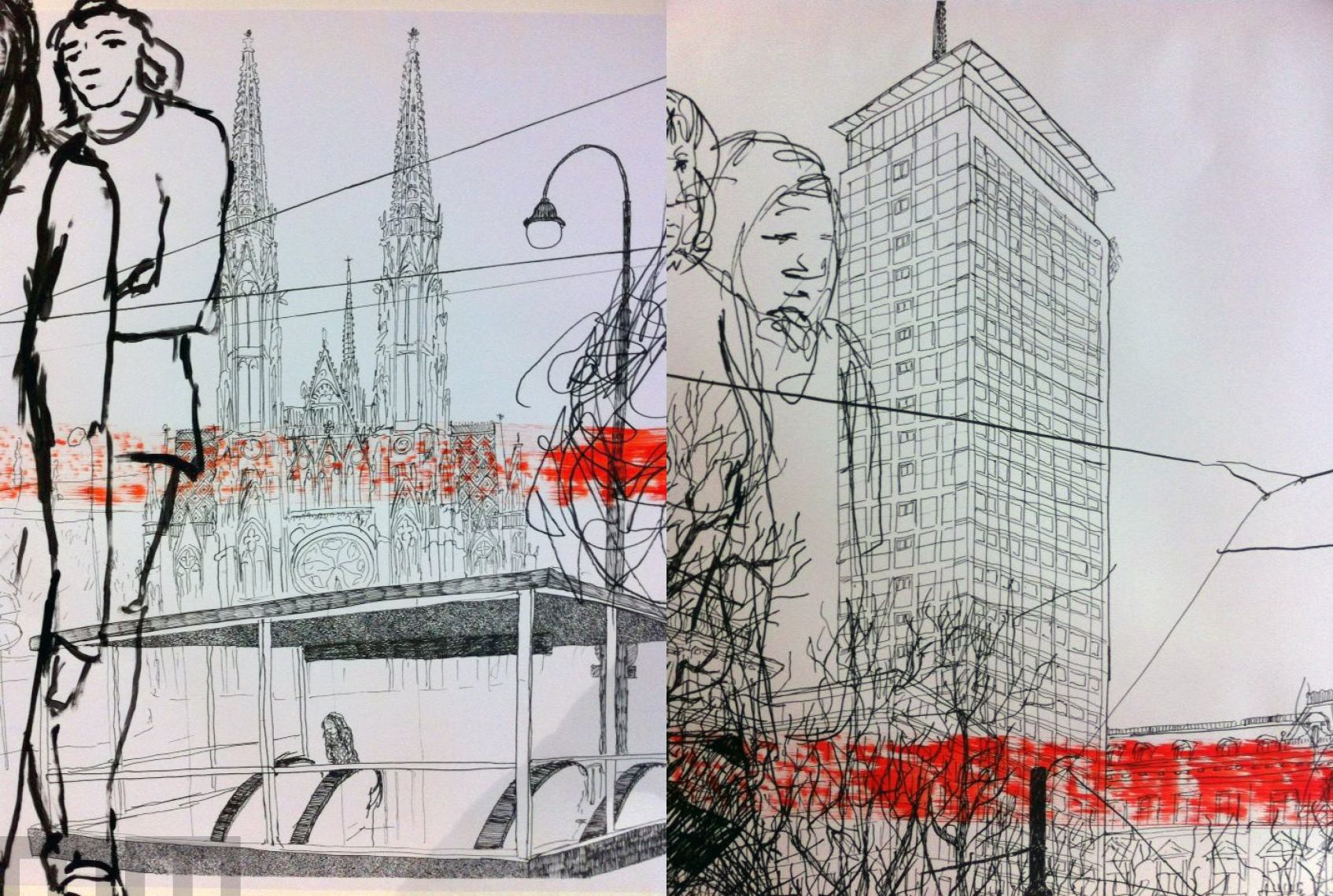 The Ringstrasse (Ring Street) in Vienna celebrates its 150 anniversary in 2015. The street was built to replace the city walls, which had been built during the 13th century. In 1857, Emperor Franz Joseph I of Austria issued the decree ordering the demolition of the city walls and moats. In his decree, he laid out the exact size of the boulevard, as well as the geographical positions and functions of the new buildings.

Illustrator/Artist Olga Georgieva created this series of drawings/art installation as part of the 150 year celebration of the Ringstrasse. It was on view at the Künstlerhaus passageway at the Karlsplatz station as part of the Work in Public Space, sound: frame Vienna Visuals